Why did Mary get so confused about her son?

Why did Mary mother of Jesus not know that Jesus was the Son of God?

Mary, the mother of Jesus, is only mentioned a few times in the bible. For such an important figure to Christianity (especially Catholicism), details on her life are sparse. This post highlights an apparent contradiction in the New Testament.

Mary is told directly that she is going to give birth to the Son of God, goes through a virgin birth and yet later she seems to have little understanding of the cosmic significance of her son.

Luke 1:26-35 [link] – 26 In the sixth month of Elizabeth’s pregnancy, God sent the angel Gabriel to Nazareth, a town in Galilee, 27 to a virgin pledged to be married to a man named Joseph, a descendant of David. The virgin’s name was Mary. 28 The angel went to her and said, “Greetings, you who are highly favored! The Lord is with you.”

29 Mary was greatly troubled at his words and wondered what kind of greeting this might be. 30 But the angel said to her, “Do not be afraid,Mary; you have found favor with God. 31 You will conceive and give birth to a son, and you are to call him Jesus. 32 He will be great and will be called the Son of the Most High. The Lord God will give him the throne of his father David, 33 and he will reign over Jacob’s descendants forever; his kingdom will never end.”

35 The angel answered, “The Holy Spirit will come on you, and the power of the Most High will overshadow you. So the holy one to be born will be called the Son of God. 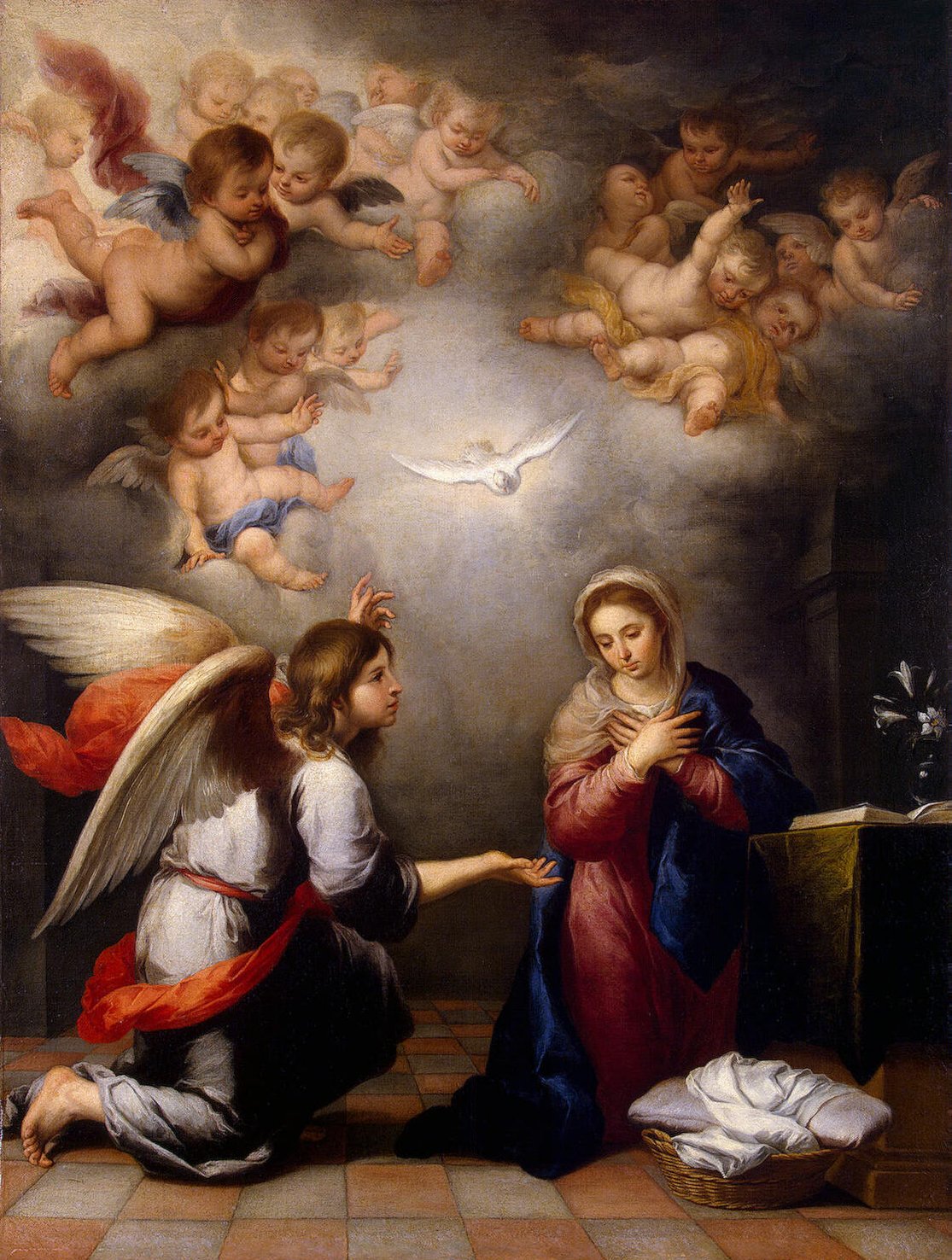 This is amongst the best know passages in the new testament – an angel appearing to Mary telling her that she will give birth to the Son of God and that it will be a virgin birth. To most people this would be a profound and defining moment in their life.

The events of the birth narrative then play out with Mary centre stage – a virgin birth, shepherds, kings with royal gifts and a flight to Egypt to escape Herod. These events would have been burnt into her memory – the angel and the virgin birth especially would be monumental.

We then compare this to another very famous passage the “Finding in the Template” – her reaction to Jesus’ early teaching in the temple:

Luke 2:41-50 [link] – 41 His parents went to Jerusalem every year at the Feast of the Passover.42 And when He was twelve years old, they went up to Jerusalem according to the custom of the feast. 43 When they had finished the days, as they returned, the Boy Jesus lingered behind in Jerusalem. And Joseph and His mother did not know it; 44 but supposing Him to have been in the company, they went a day’s journey, and sought Him among their relatives and acquaintances. 45 So when they did not find Him, they returned to Jerusalem, seeking Him. 46 Now so it was that after three days they found Him in the temple, sitting in the midst of the teachers, both listening to them and asking them questions. 47 And all who heard Him were astonished at His understanding and answers. 48 So when they saw Him, they were amazed; and His mother said to Him, “Son, why have You done this to us? Look, Your father and I have sought You anxiously.”

49 And He said to them, “Why did you seek Me? Did you not know that I must be about My Father’s business?” 50 But they did not understand the statement which He spoke to them.

William Holman Hunt, The Finding of the Saviour in the Temple

Mary appears amazed to see her son teaching in the temple. She simply doesn’t understand why he is there, doing what he is doing.

Comparing these two passages there appears to be a contradiction – Mary is given a direct message from God and experiences a virgin birth. But later can’t understand the unusual ability her son shows.

There are a number of suggestions attempting to explain this contradiction.

“Mary didn’t understand the angel – she misunderstood the message given”

An angel is supposedly a magical creature whose main purpose is delivering messages from God and this was probably the most important message – would you think they would do a decent job. The message seems short and plain. Also from the text it would seem difficult for Mary to misunderstand that at least that Jesus was special – especially once she experienced the virgin birth.

“The angel didn’t give all the information on purpose –Mary could not know the “complete mission” as it would mean Jesus could not have been fully man. [link]“

Again the angel is pretty clear in the biblical text – he says that Jesus will be the “Son of God”. Even if Mary might not have understood the full extent of Jesus’ mission and eventual death – she would have at least known he was special and connected to God.

A more simple explanation of the apparent contradiction in the gospels would be that in fact it is a contradiction and that one or both of the events didn’t take place, or at least in the way they have been written down.

Answers to this question? Let me know what you think in the comments or email mail@fizzingatoms.com